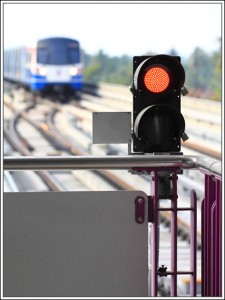 Signals & Communications Resilience is an infrastructure resiliency project that aims to continue commuter and light rail line resilience efforts for critical life-safety signal and communications systems that remain vulnerable to extreme weather events. Four of NJ TRANSIT’s 10 commuter rail lines and the Hudson-Bergen Light Rail Line have been identified as vulnerable to storm surge and inland flooding. They lie in coastal and inland floodplains where storms could overtop the trackbed and potentially flood and damage signal, power and communications systems that are critical to safe operations. These systems are used for a variety of functions, including the control of train speed, following distances, and switch and track selection. In addition to the Hudson-Bergen Light Rail Line, the four rail lines targeted for hardening of these assets are the Main, Bergen, Pascack Valley Lines, and the Morris & Essex (M&E) Lines in Kearny near its connection with the Northeast Corridor and the Meadows Maintenance Complex maintenance facility.

Construction work on the Signals & Communication Resilience project has been completed on the RVL, and is advancing on other commuter and light rail lines as a result of a grant awarded by the Federal Transit Administration (FTA), including funding through FTA’s Emergency Relief Program for resiliency projects in response to Superstorm Sandy.